During GSoC 2020, I added two features to OpenRefine Wikidata extension:

Since these two features are not quite relevant, I’ll give introduce them separately.

Users can now choose to login with owner-only consumer. This is helpful for the security of their Wikidata accounts.

After clicking on “login with your owner-only consumer”, the user can use the consumer credentials to login in the following dialog:

If the user doesn’t have a owner-only consumer, he can learn how to get one according to Wikidata owner only consumer.

Users can add Wikibase manifests in the following dialog: 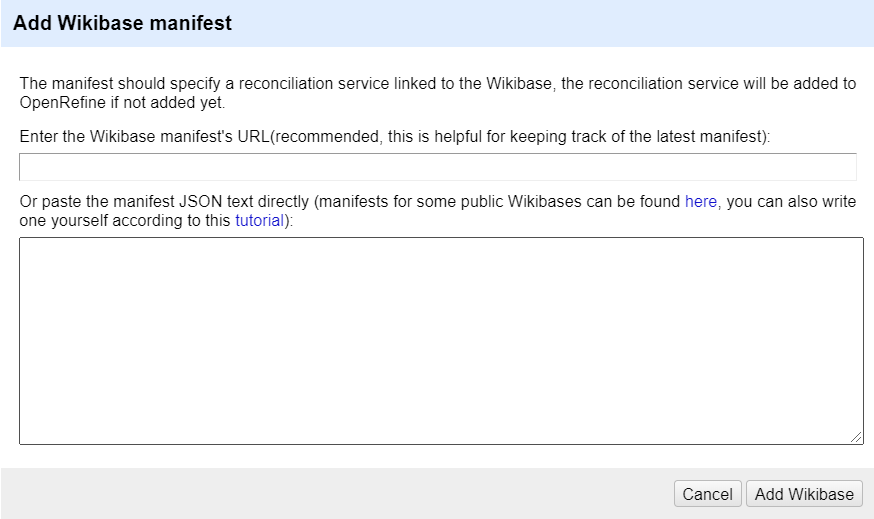 After adding some Wikibase manifests to OpenRefine, the user can select anyone to work against:

To make OpenRefine work against a given Wikibase instance, the user can simply click on the corresponding item listed in the dialog above.

Though coding on this feature did take me a lot of time, I am glad that the UI is kept simple and user-friendly :)